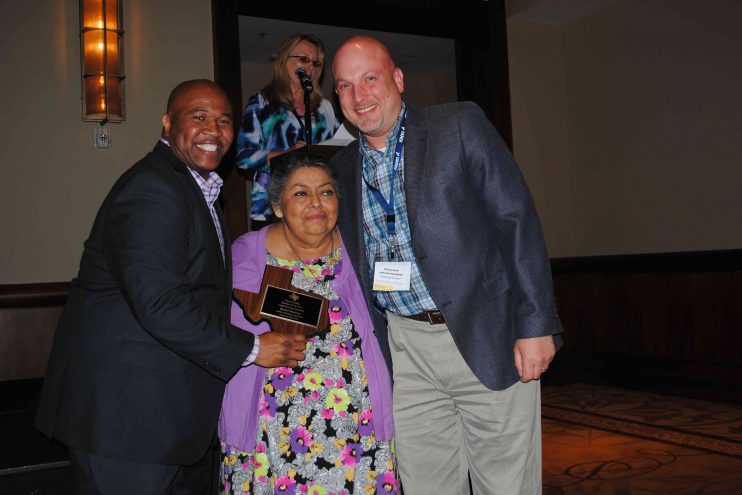 Unlocking the Connection spokesperson Rachel Martinez was recently recognized as the 2015 Texas National Association of Housing and Redevelopment Officials (NAHRO) Resident of the Year for a large housing authority during the TX NAHRO 39th Annual Conference and Tradeshow in Austin, Texas.

The Resident of the Year award honors individuals who live in public housing, participate in a rental assistance program or are served by a community development agency. Martinez was nominated for the award for demonstrating leadership, commitment, dedication and determination in pursuing her own self-sufficiency, educational and health care goals, as well as promoting the needs of all residents.

Martinez and her son Pedro moved into Georgian Manor in 1998. During her time at Georgian, Martinez has been instrumental planning events, creating flyers, hosting resident meetings and advocating for resident services.

In addition, she is serving her second term as the Resident Council president, and often attends City-Wide Advisory Board meetings, as well as community leader meetings. In November, Martinez spoke at the Unlocking the Connection launch featuring HUD Secretary Julián Castro. She was presented with a letter of appreciation for her persistence in defending the educational needs of public housing residents.