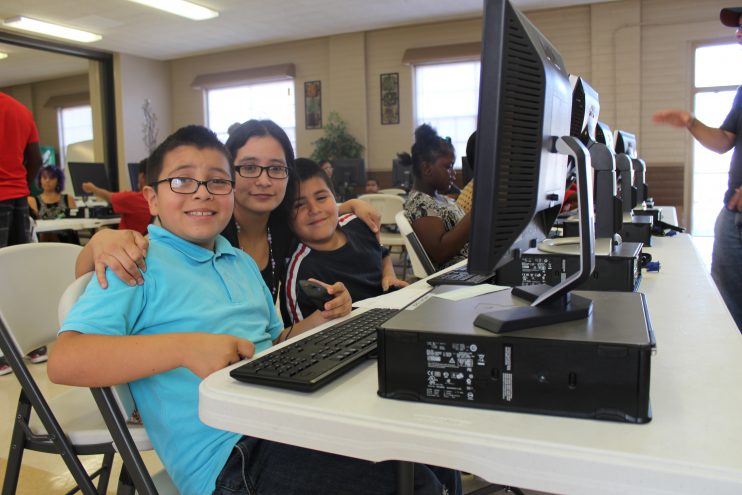 About 20 children who live in apartments operated by the Housing Authority of the City of Austin recently received free refurbished computers donated by Austin Community College after dedicating 40 hours of their summer vacation to STEM education.

“I’m excited because this is my first time getting a computer,” said 8-year-old Anthony Martinez.

Anthony and his 10-year-old brother Abraham are both third graders at Jaime D. Padron Elementary School in north Austin. The boys were among 125 families who participated in an innovative STEM pilot program made possible by a grant from the Central Texas Summer STEM Funding Collaborative in partnership with Skillpoint Alliance.

Anthony and Abraham spent their summer taking quizzes on the computer, learning how to use Google Chrome and playing at the park. Anthony, whose favorite school subject is math, said his favorite part of the summer learning camp was creating and customizing a digital cat using computer code. He said he’s looking forward to using the concepts he learned at camp to pursue his dream of someday working in the math or science field.

Google Community Leader Reginald Smith said he applied to participate in the competitive leadership program because he enjoys helping public housing residents like Anthony use computers to improve their quality of life. Smith is junior in the University of Texas School of Social Work.