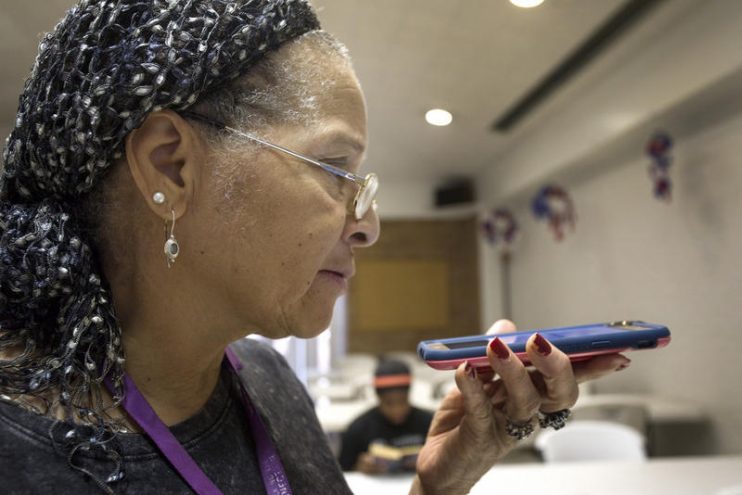 Until recently, Jan Morgan was buying one flip phone after the next. Now, she’s an ambassador for the city’s Digital Inclusion program and is teaching others how to use smartphones and computers. –JULIA REIHS / KUT

Jan Morgan used to think smartphones were for young people.

“I didn’t want a phone smarter than me,” she joked.

She refused to get one. Instead the 66-year-old bought flip phones and pre-paid phone cards. Thirty-three phones later, a store clerk pointed out that she didn’t have to buy a new phone to get more minutes.

That was around the time she signed up for a computer class at her Lakeside apartment building. The classes are offered by the Austin Housing Authority as part of the city’s Digital Inclusion program. Soon, Morgan became a digital ambassador and started teaching other residents in her building.